How Reiki Saved My Life
In early 1994, I underwent surgery for the removal of my right ovary and appendix. For a year after the surgery I had continuing pain at the appendectomy site. I saw many doctors about this and had many exploratory procedures. Nothing was found and the pain eventually subsided. This was to be the first of many stressors that would add to my ensuing illness.

In addition to the unexplained pain, in the months after the surgery I had also developed some other strange problems. I started having severe anxiety attacks, severe fatigue, hot flashes and intolerance to heat and my hair was falling out. I realized these problems were happening during a certain week in my menstrual cycle. It appeared that my remaining ovary wasn’t functioning properly. I had many hormone tests, and they all came back normal. I tried using birth control pills, the patch and natural progesterone. None of these things helped—-in fact, I felt much worse. My gynecologist was at a loss. He had given me every known medicine he could think of.

The fatigue became unbearable. Traditional medicine wasn’t helping me so I tried an alternative path. I went to a homeopath, but I had such a severe reaction to the homeopathic remedy that my traditional doctor thought I had had a stroke. I could not move my head or arms for two weeks. The length of time that this response lasted is not often experienced with homeopathy, so there I was again—a medical anomaly. No one seemed able to help.

The symptoms continued to worsen. The anxiety attacks turned into full-blown nervous breakdowns with accompanying fatigue that was so bad I couldn’t get out of bed. I became allergic to most foods and medicines. The search for a doctor who could help was frustrating. Pretty soon they were saying it was all in my mind and tried to prescribe antidepressants. I had severe reactions to all medicines by this time and would go into shock each time I tried something new, even vitamins recommended for chronic fatigue syndrome.

By late 1994 I was ready to end my life. Even with the help of friends, I couldn’t care for my family, let alone function at a job. I couldn’t even take my five-year-old daughter one block to school. My husband had to do all the work at home and work a full-time job. There were many times that I would call him home from work because I was having a reaction to a medicine or a food. I gave him the keys to the pistol I kept in the house. Finally I called a psychologist and asked to be hospitalized on a suicide watch.

Thank goodness for my wonderful new therapist. He helped me to realize that my mind was fine. It was my body that was a mess. He did everything within his power just to be there for me and it was his never-ending support that helped me make it through the even worse times to come.

My body was dying. I couldn’t get out of bed, I couldn’t eat. The monthly nervous breakdowns were taking their toll on my immune system. My liver wasn’t functioning properly. Severe muscle spasms would keep me awake at night. I couldn’t get a diagnosis much less find an M.D. who would look beyond the typical blood tests. I prayed continually for help. And then one day I got it.

At times during this experience, I would have maybe an hour when I could stand up and do something. One of these times, I chose to do my most favorite thing in the world: shop for fabric. I ran into a friend I hadn’t seen for a long time. She was shocked at my emaciated appearance. As I was describing my illness to her, another woman listened to our conversation. She seemed to want to talk to me, but she held back. Eventually she said I had chronic fatigue syndrome and that my story sounded so much like hers. She told me of a wonderful doctor in Los Angeles who had helped her and that now she felt great.

I immediately went to this doctor, who was an allergist and immunologist. Knowing that at this point, medicines or vitamins wouldn’t help, he put me on a strict meat-and-vegetable-only diet to get rid of the systemic yeast problem that is so prevalent in chronic fatigue patients. He also diagnosed me with Epstein-Barr virus and fibromyalgia, the first diagnoses in a year’s worth of doctors.

Although many doctors underestimate the problems that a systemic yeast overgrowth can cause in the body when the entire immune system is over taxed, I am here to tell you that it is a very viable problem that can be extremely toxic. The change in my diet started to relieve the fatigue little by little.

My original hormonal problem still remained. For that reason and others, my new doctor recommended that I try Reiki. “What is that?” I asked. He told me that Reiki was an energy healing method and that I did not necessarily have to understand or believe in it for it to help me. At this point, I was desperate and would have tried anything. There is a point when you are so ill that it doesn’t matter what you will do to get well. As long as it was not invasive and I didn’t have to take any medication by mouth, I was willing to try it. Modern western medicine had failed me, and I was obviously led to this doctor for help. So I tried Reiki.

My Reiki practitioner was Diane. I had someone drive me to L.A. every two weeks for a one-hour session. The sessions were so simple. Diane simply laid her hands on my body while I was fully clothed, and that was it! Her hands would get very hot. Within two months my improvement was very noticeable.

Diane told me that I could learn Reiki for myself and Reiki would not deplete my energy. This was so important because I had none to give. I took the first class and practiced it every day without fail. Two months later I took the level II class. Within six months, my fatigue and hormonal problems had simply and gently faded away.

Today I feel fantastic—probably better than I have in my entire life. Not only have I healed the problems that I have told you about, I have also healed lifelong problems with eczema, hypoglycemia and back pain. I have taken all of the Reiki classes and can now teach it to others. I still do Reiki on myself every single day.

To all of you who have illnesses deemed non-curable by traditional standards, I say, “Do not give up; never give up!” There is a way for you to be well. Our loving God wants all of us to live in love and wellness. I pray for all of you to be led down your path of health as I was. Perhaps Reiki will be your way too. 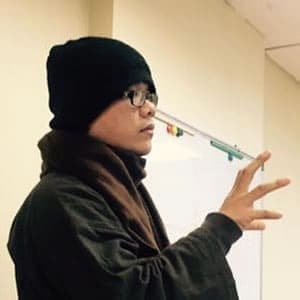 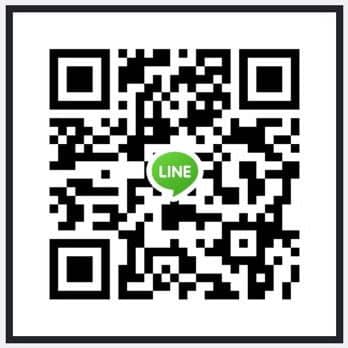